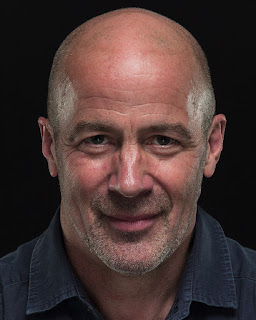 David Curtis is a musician with extensive experience as a professional performer, working internationally at the highest level over a career spanning forty years. David also has a proven track record as a programmer, producer, manager and fundraiser. Having established his career playing the viola with the Coull String Quartet, formed while studying at the Royal Academy of Music, in 1996 he founded Orchestra of the Swan (OOTS).


In 2005, responding to the growing success of the orchestra, he decided to focus on building OOTS into one of the leading chamber orchestras in the UK, giving an annual programme of over 40 concerts. David has toured with OOTS to Mexico, the USA, China and Turkey, and has conducted the orchestra on BBC Radio 3 & 4 and for BBC 2 (Bafta nominated) and ITV television (South Bank Show).

He was the orchestra's Artistic Director and Principal Conductor until January 2018. He also holds the position of Principal Guest Conductor of the North Hungarian Symphony Orchestra, combining this with an international career of conducting, teaching, coaching, public speaking and as a creative producer and competition judge.

Learning - David has a strong commitment to working with people with disabilities. He has commissioned and co-produced three operas for children with special needs, and an extended specialist programme of training for musicians to work in special needs settings. He raised over £130,000 to support this work, including managing a successful media campaign to win the public vote for the People's Millions Lottery, this resulted in an award of £50,000.

Dementia - David made a commitment in 2016 to raise funds and deliver music to every care home for people with dementia in the county of Warwickshire, including successfully completing the London Marathon, and raising £10,000 for this work.

Relaxed concerts - David instigated a programme of concerts for families with children with autism at Birmingham's Town Hall, co-presented by comedian James Rowney, which has been successfully repeated at other venues.

Continuing the theme of travel, he also scheduled sponsorship from Turkish Airlines and from Chiltern Railways, including 3 years free travel passes for OOTS staff, a flash mob performance on a train and at Marylebone Station.


For the Nordic Music Days Festival in Iceland he conducted premieres by Snorri Sigfús Birgisson, Lars-Petter Hagen, Thuridur Jónsdottir and Marie Samuelsson for Icelandic Radio and gave the world premiere of a new work by Sampo Haapamäki with the Mikkeli City Orchestra.

In 2006 David secured a 3-year local government grant aimed at driving tourism, to support a new music festival based in Stratford-upon-Avon, ‘Spring Sounds’. The festival included 4 world premieres, 2 recording premieres, visiting composers from the USA and a joint commission with the American Composers Orchestra and the premiere of new work by Roxanna Panufnik, broadcast on the South Bank Show.

The successor festival Music of our Time, achieved critical acclaim, with every concert being heralded Pick of the Week in The Guardian.

As a member of the Coull String Quartet he made over 250 recordings for BBC Radio 3 and recorded over 30 CDs including the complete Schubert quartets, the complete Mendelssohn quartets and other repertoire by Frank Bridge, Danzi, Dvorak, Elgar, Finzi, Haydn, Mozart, Prokofiev, Rubbra, Robert Simpson, Shostakovich, Vaughan Williams and Walton.

As a performer, David has given concerts in Australia, Belgium, Bolivia, Canada, China, the Czech Republic, Denmark, Finland, France, Germany, Greece, Holland, Hong Kong, Hungary, Iceland, Italy, Korea, Malaysia, Mexico, The Philippines, Singapore, Spain, Sri Lanka, Sweden, Switzerland and the USA as well as aboard cruise liners in the Atlantic, Baltic, Caribbean and Mediterranean, a pontoon and even a beach!

As well as Numerous grants from smaller foundations such as Britten Pears, RVW, Leche and Garrick Trusts, he successfully secured the RPS/PRS Composer in the House Award (£20,000) in 2012 and funding from the PRSF Resonate fund 2017 for programming work by Thea Musgrave, as well as a grant from the Arts Council/Orchestras Live supporting a 6-concert tour including a live BBC Radio 3 broadcast. He negotiated a five-year sponsorship deal with Pertemps (£20,000 pa) in 2012.

As the founder of a successful small business, which has grown from a fax machine in the bedroom to a turnover in excess of £650,000 in 2016, David has experience of establishing and running a charitable cultural company which includes all aspects of governance and reporting. He has recruited, supported and managed staff over more than twenty years, including securing funding from central government's New Deal, which enabled the recruitment of staff with disabilities. He has managed internships and contractors including musicians, administrators and fundraisers, as well as lease negotiations and all aspects of contractual negotiations with concert promoters from village halls to major concert halls, pop and rock promoters and international agents for touring and recordings.